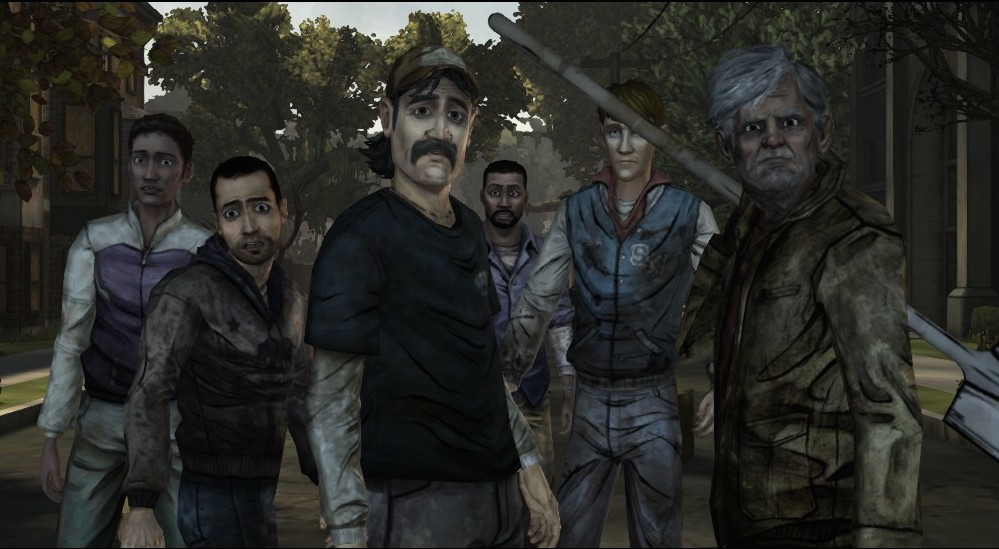 The Walking Dead Season One is one heck of a Telltale game. Here are what we consider the biggest, craziest moments of the game. Do you agree?

If you haven’t played The Walking Dead Season One yet, turn back now, as major spoiler commence below.

I had Lily’s back for a long time, and when her screws started to come loose, I attributed it to stress and grief. Then she had to go and take Carly, my future wife. Oh Lily, you weren’t a bad leader, but you were a bad bat shit crazy lady.

What a waste feeding Mark those cheese and crackers, am I right? Just ended up fattening him up for the slaughter. The St. John crew were seriously loco folks, serving up some long pig that won’t soon be forgotten.

3. Kenny Learns The True Value of a Salt Lick

What the hell Kenny? You couldn’t just hold the damn salt lick next to the guys head and wait to see if he dies? You can’t just go crushing another man’s head Kenny (no matter how huge of a jerk he is). Us living are precious few; we can’t go smashing each other’s brains out with deer treats.

(P.S. I can’t find the original creator of this adorable bit, but if you know who it is, shoot me a line)

Oh Ducky Duck. You were an annoying little nugget but it was still rough as hell seeing you turn grey while your poor parents watched on in horror. Some of us had your dad put you out of your misery, while others of us took on that heavy burden ourselves. It also sucked loosing Kadja, our closest thing to medic.

Chuck was one cool dude and he died too soon. He left this earth, but not before taking out a huge hoard of zombies and saving darling Clementine. Yet no one mourned his death. Lee didn’t even bother telling the gang what happened to him. Chuck, you were forgotten by the characters, but not by the players. RIP hobo pal.

We all hated the guy (well, most of us), but he’s been by our side since the beginning, through thick and thin. We assumed Kenny would always be there, obsessing over boats, and it felt strange when he wasn’t. The skeptical theorize that he may still be alive….but could Kenny really survive a horde of the hungry undead? Only time (aka Season Two) will tell.

7. Lopping Off The Limb

Usually I play games like The Walking Dead pretty true to how I’d act in life. Honestly though, I don’t think I could stomach seeing my arm cut off. In those dire times, I might accept my fate and keep my limbs. However, I made the tough choice to chop off Lee’s arm towards the end of The Walking Dead Episode Five. I was playing with a couple drinks in me and figured – what the heck, you only live in this apocalyptic zombie-infested Telltale world once (unless you’re a re-player of course). 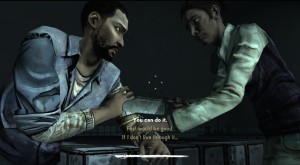 I actually didn’t think the game would let me go through with it. “Naaa,” I thought, “they’ll stop any minute…they can’t.” I was wrong of course, and spent the rest of the episode cringing every time I saw Lee’s mangled arm.

Those of us who saved Ben likely wanted to give him a chance to redeem himself. He never did get the opportunity to prove his worth. Sucks to be you Benny boy.

Arguably the most heartbreaking scene of the game, Clem’s devastation upon discovering that her companion and protector will be going full walker was wrenching. Her pleading and subsequent responsibility was also painful, but the moment of realization in which Clementine recognizes that Lee is doomed is was hit me the hardest. 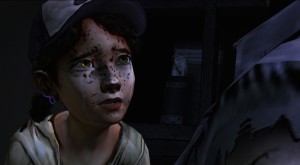 What were your favorite or most surprising moments of Telltale’s The Walking Dead Season One?

Also, if you like this post, consider checking out The Walking Dead Season One video game review.