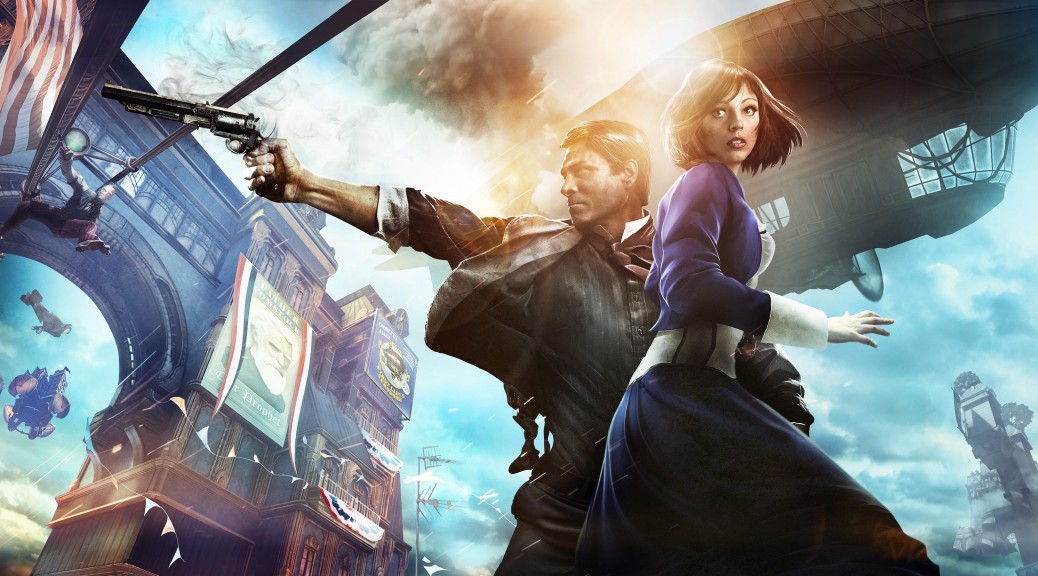 So I thought I’d be delivering play-by-play recaps on my Bioshock Infinite progress, but I devoured it faster than a fat kid eats cotton candy. I’m very much an all-or-nothing gamer; I’m either 100% invested, devoting every spare minute to the game, or not playing it at all. Definitely not a once-a-week thing for me. I go all in baby!

Anyway, I want to provide my impression of the game as a whole. Of course it earns a resounding three thumbs up, 5/5, and gold stars all around. Bioshock Infinite is an impressive game that does character development like no one else, and with a truly fresh and unique concept (something rare in these days of Hollywood reboots and sequels). The game delivers an incredibly vivid and original world, and immerses the gamer within it.

Elizabeth is by far the best NPC (non-player character) ever witnessed, not just in her usefulness as a battle asset, providing health, salts, and ammo when needed, but also in her ability to develop such an emotional connection with the player (not to mention one of the best, most richly developed, interesting female characters ever found in a video game). 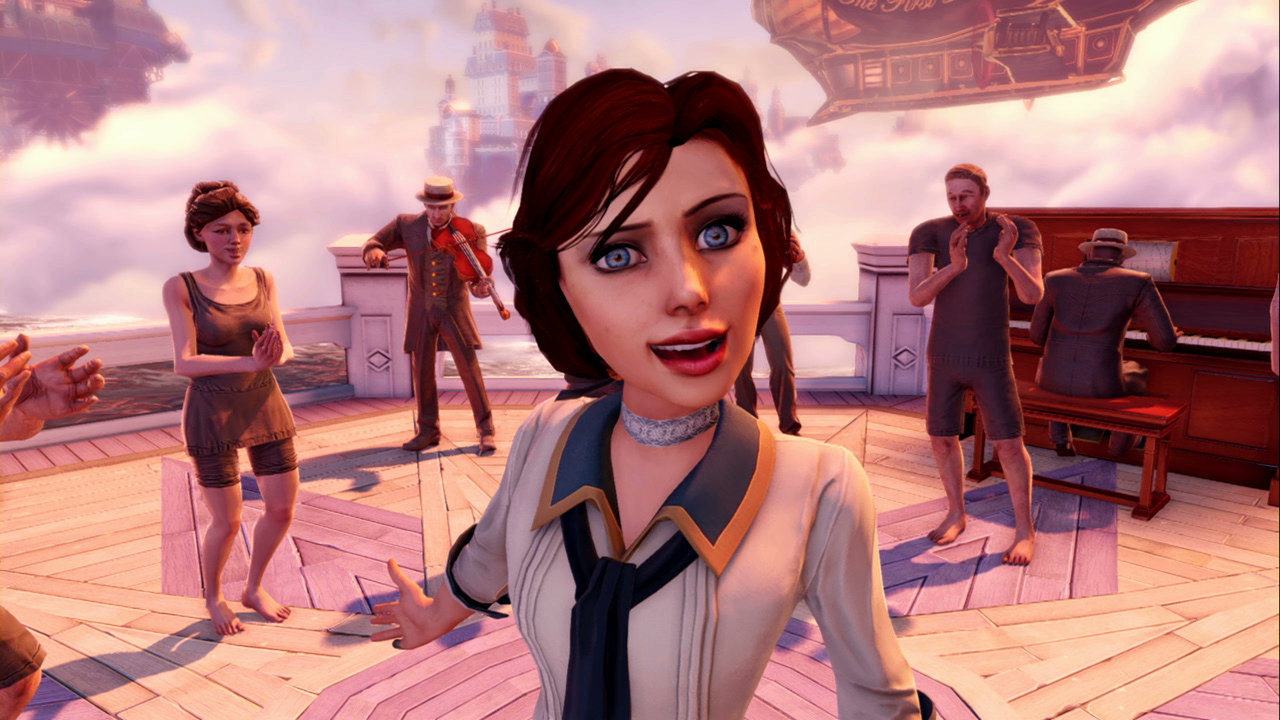 As game reviewer Adam Sessler notes, to speed through this game from objective to objective would be an immense shame – the game is meant to be slowly wandered through, taking the time to marvel at the intricate setting and subtle details.

Ah yes, the one-of-a-kind Bioshock twist ending will leave you pondering the game looong after those credits (and you’ll have to watch those credits for a special Bioshock bonus scene).

Many commend Bioshock Infinite for its surprise ending – I started to suspect the Booker/Comstock connection after our encounter at the baptismal basin. Honestly, I felt  a bit robbed by the ending. Not because it wasn’t great – it was one heck of a finale to such an unforgettable adventure. And bringing us to Rapture – that struck a deep cord.

But after such an intimate and emotional journey with Elizabeth, I didn’t like that I had to struggle to understand what was happening. So many revelations were being thrown at me, I felt I didn’t have time to soak them in and appreciate what was happening. I felt after all I had been through, I deserved to understand everything about what happened, and I never felt like it all clicked 100% for me, even after reading through multiple forums and reviews. Instead of experiencing the ending with Elizabeth, I was a step behind, struggling to piece together the overwhelming information being thrown at me.

Well, it’s certainly a lover’s quarrel – I just wanted to be in the moment instead of frantically making the necessary connections in my mind. The problem with the multi-universe theory is it really lacks closure and there ends up being so many unanswered questions.

What a gorgeous piece of gaming. I will miss it dearly. I’d love to play it on PC one day, as I’ve seen screen captures from it on PC and it looks absolutely STUNNING.

With Irrational Games shutting down, I’m not sure we’ll see much more of Bioshock. Instead, we can only hope that the same spirit of breathtaking creativity and ingenuity is inspiration for other game developers. We need more games of this remarkable caliber.